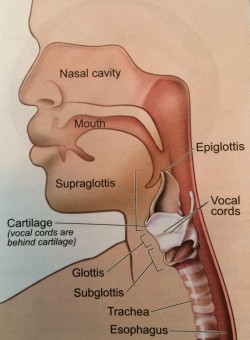 Physical issues or abnormalities can result in many nasal issues from congestion to nose bleeds. Dr. Dobleman is highly trained in treating these types of disorders. Some of the more common types of nasal and sinus disorders include:

The nasal septum is the bone and cartilage that divide the interior nasal cavity in half. When the septum becomes off center or crooked, or deviated, it can block the nasal passageway and even affect breathing. In some patients, a deviated septum can cause chronic sinusitis.

A surgical procedure called septoplasty is often used to straighten the septum and restore clear breathing.

Turbanates are interior bony structures that project from the side of the nose and function to warm and humidify air. A swollen or enlarged turbanate may also cause nasal congestion.

Medical treatment for enlarged turbanates typically inclues nasal steroid sprays and irrigations. If those treatments fail, a variety of surgical procedures can be used to permanently decrease the size of the turbinate.

Epistaxis, is more commonly known as a nosebleed. There are many causes of nosebleeds including:

Depending on the cause of the nosebleed, many can be treated at home. However, you should consult a physician like Dr. Dobleman if the nosebleed can not be stopped after 10 minutes, nosebleeds recur 4 or more times in a week, or if nosebleeds become more severe or more frequent.

Nasal polyps are typically the result of swelling of the sinus lining which causes nasal obstruction and blocks the openings of the sinuses. This results in mucus being unable to drain and the sinuses becoming infected.

Some patients with mild nasal polyps will have no symptoms and do not require treatment. Patients with severe polyps may require medical management through the use of steriods, or even surgery. Nasal polyps often recur, even after medical treatment and care. They are often caused by allergies, but can be the sign of something more serious in children such as cystic fibrosis. If nasal polyps are diagnosed by your primary physician or Dr. Dobleman, further testing should be performed.

Although most polyps are benign, malignant polyps can occur.

“Dr. Dobleman got me back to work in record time.” See more testimonies >

EXCEPTIONAL CARE FOR ALL YOUR HEAD & NECK NEEDS